Ever wondered about the adequate portion size of a glass of soda or juice? A bowl of cereals? Or spreads for your sandwich? Maybe you do think about this from time to time, maybe you don't. Chances are, however, that cues around you have implicitly seduced you (they "nudged" you) to have a certain portion size because they set anchors on which you rely to make your own choices. One such cue could be provided by social comparison: you tend to derive information from what others do. For instance, you'll take a bit more than a smaller person or somebody you know to be dieting. These are quite valid cues. But we are also surrounded by biased cues on food packaging. Next time you open the fridge or you're sitting at the breakfast table, you better take a good look and then think about this post. 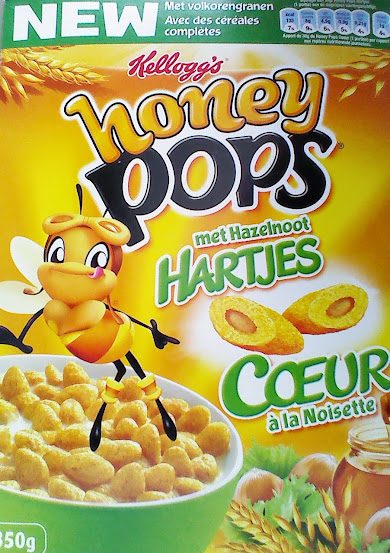 I wrote a guest blog for the Dutch organisation SWOCC, that bridges fundamental research and practitioners on the topic of brands and communication. They regularly publish posts that discuss academic research from an applied angle. What is the practical significance of the reported findings?
In this series, I summarized the findings of the paper by Fredrik Thörn on celebrity endorsement. In this paper, Thörn discusses a study demonstrating the persuasive superiority of a slight mismatch between the celebrity and the brand. Contrary to common logic, many practices, and some much cited theories, others already demonstrated that perfect congruity between celebrity and brand is outperformed by ads where there is still a good but more moderate congruity. Prior studies demonstrated this with regard to tier I brands, boiling down to a guideline where market leaders should use mildly congruent endorsers and new or unknown brands should use congruent endorsers. But what about all brands in between? Thörn demonstrated that also for such brands the expected persuasive impact is higher for moderately congruent endorsements.

The SWOCC blogpost can be found here [In Dutch]

Cashing in on confessions: The Lance interview

Today and tomorrow, the Oprah Winfrey Network will broadcast Oprah's interview with Lance Armstrong. The much hyped and anticipated interview will generate a massive amount of viewers, not only in the US but also worldwide.What an advertising opportunity.
The reach of the interview will surely surpass the reach of the big yearly advertising show called the Super Bowl. On the other hand, Oprah's interview will not result in a useful reach for every advertiser. Not every brand is known worldwide or uses the same brand name, logo and positioning strategy in each country. Another downside is that in contrast to the Super Bowl, advertisers had little time to plan their ads since Oprah did not announce it months before. Still, it seems as if most ad spots have been sold at premium prices (see e.g. Huffington Post).

A journalist asked me to estimate the total ad revenue of this two-part interview. Here is my conservative estimate:
- The inverview will total more than two hours (There is a 1.5 hour show today and another one tomorrow that will at least take 1 hour I guess). Oprah said she did not want to cut the material to a one hour interview because it was too rich (pun added and intended...)
- Assume, conservatively, that there will be 15 minutes of ads per hour, which equals 30 ads in the typical 30 second format.
- Now for the biggest assumption: how much does one ad cost? Super Bowl ads go for about $ 3million each. The most expensive ads in a regular US show are those for Sunday Night Football at an estimated $545,142 (source Adage.com). Given the problems mentioned earlier (short notice to produce targeted ads; possibly not a useful reach worldwide), OWN will not be able to charge at Super Bowl prices. On the other hand, OWN would be stupid to sell at the mere price of sports program (no personal depreciation on my part but the Lance confessions have a much broader audience). If we conservatively assume $750,000 as the minimum price for an ad in Oprah's Next Chapter interview of Lance (probably a serious underestimation)...

That is not bad for a network that reports $329 million as their quarterly ad income one year ago (source). And of course, the interview will also generate other income due to it being sold to other stations worldwide. And, in the mid to long term, OWN surely hopes the interview will generate some more audience for other content of the network thus increasing their ad revenue in the long run as well.

I'll be curious to learn about the real revenue if it will be disclosed.

[Note: Edited for a stupid miscalculation]